It’s not every day that we take a look at projectors but we came across the one made by Excelvan. It costs $150, it runs on Android and it has a brightness output of 1500 lumens.

In the box, you can find a power cable and power brick, a video and audio cable, some paperwork and a remote control.

On the top, we have the control buttons and the focusing knob as the projector does not support auto-focus feature.

The lens come with a protective cover. The projector has a maximum brightness output of 1500 lumens and the resolution of 640×480. The LED lamp itself has 60W of power output and the lifespan of 20.000 hours, which should be enough for a long time.

Also, the device can project the image up to 96”.

The keystone correction is a great addition to have.

The projector has the built-in speakers but they are quite terrible and you will probably end up connecting an external audio device.

Speaking of connectivity, the device has plenty of options. You can insert a USB flash drive, microSD card, connect the device to the ethernet port or to the TV using HDMI port and so on.

On the bottom, there are silicone pads to prevent the projector from sliding on the table and the mounting screw, in case you want to mount the device on the ceiling.

Once you power the projector on, you have to go through a very simple setup process. Once you’ve done that, everything is pretty simple and straightforward since the device runs on the Android 4.2. Sure, the OS may sound outdated but it is more than enough for a device as a projector.

There are some settings to play with just like on any Android-based device. Also, the projector comes with a few pre-installed apps but you can either delete them or download some new ones from the Play Store.
Excelvan LED3018 Portable LED Projector Review: IMAGE QUALITY

For a $150 projector, the image quality is pretty good, it is just hard to show that on camera. However, the resolution of the projected image is just 640×480, which is not HD, so bear that in mind. On the other hand, the projector is pretty bright as it has 1500 lumens of brightness output.

My biggest complaint is that the image lacks edge to edge sharpness as the corners seem to be a bit blurry.

I didn’t have major issues with the projector but there are a few complaints. Besides a very bad external speaker, the projector is pretty loud as the ventilators work all the time. Also, both the projector and the power brick get quite warm.

Excelvan LED3018 Portable LED Projector has quite a lot of features, many connectivity options and pretty good performance for the price of $150.

However, you should not expect a perfect device at this price point and the Excelvan projector is no exception. The lack of edge to edge sharpness of the projected image, poor loudspeaker quality and loudness when the projector is working may be common to most of projectors in this price range but they have to be considered before making a purchase. 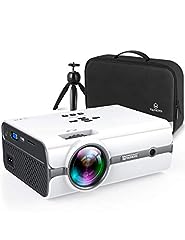 [FULL HD 1080P SUPPORTED] VANKYO LEISURE 410 performs incredible images with Full HD 1080P supported. The 2020 UPGRADE portable projector runs bright, razor-sharp images, ensuring your fantastic watching experience. [LARGE SCREEN FOR ENTERTAINMENT] V... (as of November 30, 2020 - More infoProduct prices and availability are accurate as of the date/time indicated and are subject to change. Any price and availability information displayed on [relevant Amazon Site(s), as applicable] at the time of purchase will apply to the purchase of this product.) 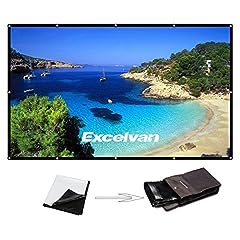 【Priority Warranty】: All Excelvan projector screens have 24 months replacement and 30 business days full refund warranty, 100% satisfaction and zero hassle return guaranteed. 【Wide Viewing angle】: With 1.1-1.2 gain and 160° viewing angle, 16:9 screen... (as of November 30, 2020 - More infoProduct prices and availability are accurate as of the date/time indicated and are subject to change. Any price and availability information displayed on [relevant Amazon Site(s), as applicable] at the time of purchase will apply to the purchase of this product.) 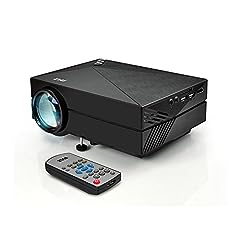 FULL HD CINEMA HOME THEATER PROJECTOR: Pyle’s PRJG82 is a home projector with high definition resolution of 1920x1080p. Ideal TV or movie projector for that cinema theatre experience. It's also compatible to PC computer and laptops with Mac/iOS or Wi... (as of November 30, 2020 - More infoProduct prices and availability are accurate as of the date/time indicated and are subject to change. Any price and availability information displayed on [relevant Amazon Site(s), as applicable] at the time of purchase will apply to the purchase of this product.) 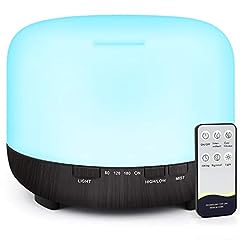 Ultrasonic aroma diffuser without BPA. The Tenswall Air Diffuser adopts ultrasonic technology to create a soft environment by adding various essential oils to the water. It can also be used as an oil-free humidifier to add more moisture to the air. W... (as of November 30, 2020 - More infoProduct prices and availability are accurate as of the date/time indicated and are subject to change. Any price and availability information displayed on [relevant Amazon Site(s), as applicable] at the time of purchase will apply to the purchase of this product.)

can i connect ps4 to this projector

if HDMI port is only HDMI OUT is there any solution to connect PlayStation4 and play games from PS4 on projector screen?

I can’t get it to connect to my loptop and tablet! And also is asking me to register so I can connect it to my smartphone! Is that necessary? Please help what I’m doing wrong? or it’s the projector that is not working? Can someone help please!

Is miracast connection working with Windows 10 ? If yes, how ? Thx.

HDMI PORT IS ONLY OUT no possibility to connect my PS4

See on the box.