Crenova XPE460 LED Video Projector Review
Link to Crenova XPE460 Projector: http://amzn.to/2sdU8dn
Today I’m looking at the extremely popular Crenova XPE460 LED video projector. The Crenova XPE 460 LED Video Projector is probably one of the most popular projectors on Amazon and sells for between $80 to $90 in the US, depending on when you buy it. The little Crenova has this gloss plastic body and is currently available in White and Black. The Crenova XPE460 measures in at about 8 inches long by 6 inches in width by about 3 inches tall and weighs in at a little over 2 lbs, making it both compact and portable. Now the Crenova XPE460 projector is actually a pretty simple device to use. Plug in the device and position it at least about 10 feet from a white wall or screen. Connect your source to the projector. The source can be anything like a vga or HDMI connection from a computer, a RCA connection from a dvd player or you can even access and play back videos and photos from an SD card or a USB drive. In addition to just being able to connect all these things, Crenova also provides all the cables you need to get started. There’s a 4 foot long HDMI cable and an RCA AV adapter provided. It also does seem to have a Digital TV coax connector to connect to your cable box. I wasn’t able to test this out since I don’t have a regular TV service. It also has a headphone port, in case you wan’t watch a movie without disturbing other people in the room. Once you’ve hooked up your source, power on the projector using the provided remote and the LED on top turns green and the device comes to life. After a few seconds, you’ll see an image appear on the wall. Now make sure your room is as dark as possible to ensure the image is viewable. Now you can use your remote to select the source and now your source’s image should appear on screen. To sharpen the image, turn the focus ring on the front till the image looks the sharpest. If for some reason your remote doesn’t work, you can also use the buttons on top to select your source and scroll through the menu. And a note about the remote, they don’t provide the two AAA batteries to power it, so you will need to get two AAA batteries. So how does it perform. To test it out, I connected it to my Lenovo laptop using the HDMI cable. The projector is about 10 feet from the wall and I’ve adjusted the focus as best as possible. And I’ve used the menu to adjust the display to what seems to be the best settings for my room. You have quite a few settings that can be adjusted both for the image and sound. And as you can see, the image is actually pretty decent. Though it only has a maximum display resolution of 800 x 480 pixels, the projector was pretty sharp and very usable. Definitely good enough to use as a home movie display. And the speakers on the Crenova also performed pretty well, as you can see in this clip. 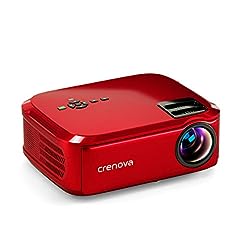 【Native 1080p Projector】As featured in our professional home theater projectors, advanced panel technology delivers native 1080p (1920*1080) Full HD resolution images with more than four times the detail of 720p and no upscaling or other fancy tricks... (as of November 27, 2020 - More infoProduct prices and availability are accurate as of the date/time indicated and are subject to change. Any price and availability information displayed on [relevant Amazon Site(s), as applicable] at the time of purchase will apply to the purchase of this product.) 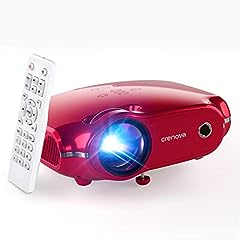 【Cinema Like Home Theater Projector】Crenova XPE500 mini projector supports 1080P Full HD video with native 720P resolution (1280 x720), authentic 4500-lumen brightness and 3000:1 contrast ratio. 33”~200” movie projector screen size and 3.7~19.7ft vie... (as of November 27, 2020 - More infoProduct prices and availability are accurate as of the date/time indicated and are subject to change. Any price and availability information displayed on [relevant Amazon Site(s), as applicable] at the time of purchase will apply to the purchase of this product.) 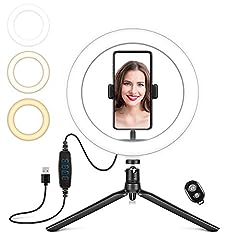 🔥3 Colors, 10 Brightness Levels: The Crenova 10” Selfie Ring Light features 120 premium LED bulbs, providing even, shadow-free light for glamorous looks. It delivers 3 colors (white/warm white/warm), and each color has dimmable 10 brightness levels t... (as of November 27, 2020 - More infoProduct prices and availability are accurate as of the date/time indicated and are subject to change. Any price and availability information displayed on [relevant Amazon Site(s), as applicable] at the time of purchase will apply to the purchase of this product.) 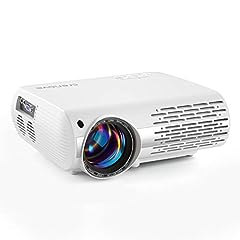 【Unmatched brightness experience】: - Crenova HD home theater projector with newly advanced pixel and LED tech gives remarkable 550 ANSI, 6800 Lux brightness, max-supported 1080P, compared to other led video projectors in its class. No matter if you’r... (as of November 27, 2020 - More infoProduct prices and availability are accurate as of the date/time indicated and are subject to change. Any price and availability information displayed on [relevant Amazon Site(s), as applicable] at the time of purchase will apply to the purchase of this product.)

I enjoyed your video 🙂