Full review: Blog.Best Buy.ca
Follow me on Twitter & Instagram @ErinLYYC
BenQ has released a 4K video projector that not only promises top quality video, but a compact portable size and easy to use interface that allows you to add smart streaming components too. Not to mention it costs a lot less than its current competition.

There’s not much set up to speak of when it comes to setting up this 4K projector. You plug in the power, pop the batteries into the remote, then connect your 4K video source of choice; things like a 4K Apple TV or a Roku Ultra 4K streamer. (You’ll need to have your own HDMI cable because the projector does not come with one.)

Once everything is connected you power on. This process took a little longer than I thought it needed to. I timed it a few times and it would take about 30-35 seconds before the lamp would come on and display the BenQ logo. Then it was nearly another 20-30 seconds until the set up menu or content came on, totaling a full minute before I was ready to watch.

A quick note about my particular test set up. I do not own a projector screen and couldn’t get one for this review. Believe it or not, I also don’t have a decent expanse of white wall in my home. The best I could do to watch videos on this projector was to hang a tablecloth over a blue wall, steam the wrinkles out of it as best I could, and use that. If you’re going to go so far as to get this kind of high end home theatre projector, make sure your budget includes some funds for a screen. Or just go ahead and paint a wall using flat white paint. Even so, as you’ll see I was quite surprised at the quality of video I got.

Once I loaded up some video I was quickly pleasantly surprised at the video quality. Even projected onto my tablecloth, the detail and sharpness was very evident. The picture was bright, clear and beautiful.

I put on an array of 4K TV shows from Netflix and YouTube and found them to be ultra sharp and clear. I also watched videos both on my temporary white tablecloth screen, and on the blue wall in my family room. Not surprisingly I found I could see the best detail when the video was projected on the wall. And even though the wall is a pretty bright blue, I didn’t notice that the colours were off by a lot. You can probably thank the brightness of the BenQ projector and the HDR support for true, deep colours in the video image.

In bright or dark conditions, the video stayed bright and detailled. Of course in a fully dark room the Benq projector’s video looks its best, but even with the lights on full or dimmed by half in my tests, it was still a strong, bright, watchable video picture.

Even the speaker that comes built-in to the projector is pretty decent. It’s quite loud and fairly clear. Even so, you’ll definitely want dedicated speakers for this since you’re going to be enjoying amazing 4K video, but if you can’t get them immediately, you’ll still have decent audio.

The BenQ 4K projector has plenty of ways for you to connect peripherals. There’s two HDMI ports (including one HDCP 2.2), a PC/data connector and an RS-232 data hook up, audio input/output, a Mini-B USB and a Type A USB port, a 12V trigger.benq home theatre projector 4k

I only had a couple of days with this device, but overall watching videos on the BenQ 4K video projector was great. It was easy to set up and to use, the fan was ultra quiet, the built in speaker was just fine and the overall image and video quality was outstanding. If I had one complaint about the projector it’s how long it takes to power up and get going. Even so, that’s a minor downside.

I’d definitely this projector if you’re looking for a new 4K projector for home theatre use. 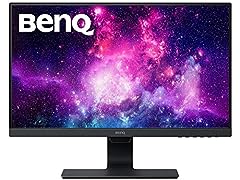 (3540)
24 inch full HD 1080P IPS panel: 23. 8” full HD IPS widescreen with 1920x1080 resolution, 250 nits of brightness, built-in speakers Wide viewing angle: 178° wide viewing angle for clarity from any viewing angle Edge to edge slim bezel design: Ultra-s... (as of September 18, 2020 - More infoProduct prices and availability are accurate as of the date/time indicated and are subject to change. Any price and availability information displayed on [relevant Amazon Site(s), as applicable] at the time of purchase will apply to the purchase of this product.) 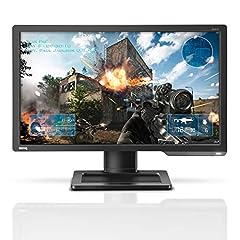 (2001)
Lightning-fast 144 Hz refresh rate performance for a smooth gaming experience. 1ms Response Time (GTG) to eliminate ghosting and lag, providing the optimal gaming experience. Dimensions (HxWxD mm)‎- 559 (Hightest) / 429 (Lowest) x 570 x 219. Dimensio... (as of September 18, 2020 - More infoProduct prices and availability are accurate as of the date/time indicated and are subject to change. Any price and availability information displayed on [relevant Amazon Site(s), as applicable] at the time of purchase will apply to the purchase of this product.) 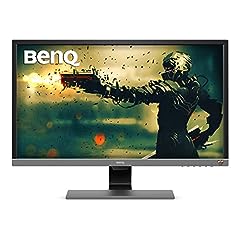 (1342)
High resolution 4K monitor: 28-inch LCD TN 3840x2160 resolution Eye Care comfort for extended sessions: Proprietary brightness Intelligence Adaptive technology adjusts brightness for comfortable viewing; low Blue light and zero flicker technology pre... (as of September 18, 2020 - More infoProduct prices and availability are accurate as of the date/time indicated and are subject to change. Any price and availability information displayed on [relevant Amazon Site(s), as applicable] at the time of purchase will apply to the purchase of this product.) 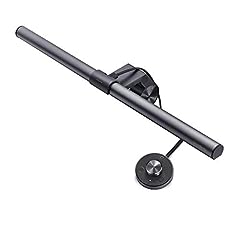 (758)
DESKTOP DIAL with AUTO DIMMING: Thanks to the built-in ambient light sensor in the Desktop Dial, ScreenBar Plus e-Reading Lamp adjusts the brightness level automatically with just one click. You can press the dial to turn on/off and rotate to change ... (as of September 18, 2020 - More infoProduct prices and availability are accurate as of the date/time indicated and are subject to change. Any price and availability information displayed on [relevant Amazon Site(s), as applicable] at the time of purchase will apply to the purchase of this product.)

I luv your temporaly Setup 😉

Nice review.. but I don’t think the wall and the sheet are doing the picture quality much justice. Would of been better with a Projector screen

Loved The Review, Originally i was gonna purchased Optoma UHD60 , but after seeing this Video , BENQ seem like the best 4K HDR deal , Optoma is just Too Gigantic plus cost more . BENQ , im sold 🙂 Great Job on the review .

HDMI cables cost $0.99 nowadays. Don’t fall for the necessary thick cables made to look premium. It is all 1010101 so you either have it or not.

lol at the blanket on the wall

thank you so much!!! YOU ARE GREAT

It’s not a native 4K projector that uses pixel shift technology it’s 1080p X 4 with pixel shift…. such a misleading representation of 4K almost as bad as the 1000 watt Sony home theater in a box! Lol

PS: Erin, if you review a projector, please use a real screen or at the very list a white wall. Judging picture quality from a blanket results in nothing.

how would you compare to a Optoma UHD 65? thanks

Does this have a rainbow color artefact ? Uses a colorwheel, right ? The Optoma UHD 60 had this making it unconfortable to watch.

Do you know if this projector supports 3D at 1080p? From the specs it says 720p but in another review I read they said Full HD which I read to be 1080p.. Can anyone whos used it clarify?

Iam still not sure wether to buy a 65inch 4k hdr tv or this projector , its doing my head in lol anyways great review.

Not even real hdr because it only does 96% or Recovery 702 which it means it can accept the signal but not display it! Think I’ll wait till the native resolution is 2160p and can do DCI color space ….think this is really misleading and deceptive on Best Buy’s part not to mention BenQ!

Love the review – having a projector screen or a suitable wall to project on would have been the cherry on top!

Why no black out cloth screen?

You should make thumbnails using photoshop. It is a great way to increase your subscribers, views, and popularity of the channel. Having the same look for the thumbnail for each video gets very repetitive. You should also make the titles shorter and mire interesting. For instance instead of having “Google Pixel Buds Wireless Headphones Review” a better title of the video would “So … have you heard of these earphones.” I am not talking about clickbaiting but adding some diversity to your content being published. These are just suggestions. 🙂

Great review, great work on your video! Keep up the great work!

hmm recently I wanted a 4KTV but this seems in my budget, I already got a projector screen , hmmm.

I’m waiting a year. 4k home theater projectors are a fairly new technology but they should sell thousands of these. Goo Systems makes reflective paint for projectors. I painted my wall ten years ago and its still perfect.