Getting a great TV is only part of the home theatre picture. To have a truly cinematic experience at home you also need a sound system. That’s why I was glad to have a chance to review the Sony X900F 4K HDR smart TV alongside the Sony HT-Z9F Sound bar and  SA-Z9R rear speakers. I had a chance to test out this set up for a few weeks in my home.
sOUND SYSTEM VIDEO: https://www.youtube.com/watch?v=MBHLleLY1sk

Set up Sony Bravia X900F 4K TV
After turning the TV on and connecting all your cables you’ll connect to Wi-Fi so you can access streaming services.

If you’ve got a sound bar or other audio components, now’s the time to connect those too.
Sony X900F features – HDR & 4K
This TV is a 4K HDR set. That means it’s got ultra high definition resolution which is four times sharper than HD. What do you notice? A razor sharp and extraordinarily real video picture that shows you superfine details.
HDR support is also available in this TV, which helps to better replicate light and dark — contrast– as well has colour. With HDR you get a better and more realistic blend of colours, which is particularly noticeable in nature shows. The extraordinary contrast ratio means you can see more subtlety and detail in heavily shaded areas on the screen or in dark scenes, plus you get brighter, truer white and bright areas without glare or harshness.
This TV has something called “4K HDR Processor X1 Extreme” which is said to have up to six times the contrast of conventional TVs. Did that come across? Well, it’s pretty hard to measure, particularly if you’re not doing a side-by side-comparison, but I can say it’s a beautifully sharp, clear and detailed picture that’s ultra easy to watch.

Newer TVs today have gotten really good at minimizing or eliminating motion blur. The Sony X900F is no different.
With Sony’s “X-Motion Clarity” technology the TV shows fast action scenes smoothly and clearly even during high speed scenes. The pictures stay clear with no loss of brightness.
I can say this TV avoids motion blur like a boss. It’s so good that the video almost looks like animation. Things happen clearly on screen and you don’t feel like you’re getting whipped thorough a scene.
Superior colour on Sony X900F
has long had a technology called TRILUMINOS which it developed to better replicate colour. The X900F has it too. A TRILUMINOS Display maps colours from a wider palette, says Sony, “faithfully reproducing every shade and hue”.
The value of this technology is hard to measure with the naked eye. Particularly in a TV that has HDR; it makes me wonder which of these technologies is handling which parts of the colour I see? That’s impossible for me to know, so I can only share what I see:
The colours are bright and vibrant, and creates an overall video picture that’s easy on the eyes.
Smarts & Google Home built into Sony X900
Smarts & Google Home Accessing the smart features and streaming is done via Sony’s “Apps” button on the remote control. Inside this menu you’ll find the usual streaming channels, like Netflix, YouTube and Amazon Prime Video. Handily, the Sony X900F has the ability to connect with Google’s smart digital assistant, Google Home. This allows you seamless hands-free control of your Sony TV. With Google Home, you can find and cast your favourite videos to your Sony TV, or stream music from the Play Music Store without lifting a finger. Connect Google Home to your TV by going into the Google Home app, and going through the “Add Device” steps. Once this is done, you dont’ need to do anything but ask your TV to work for you. Alternately, the Google Assistant is built into the remote. Just push and hold the Google Assistant button at the top of the remote and say the name of the streaming channel you want, or search an actor or a show, and more. It works flawlessly and found everything I searched for, each time I asked. Double high five! If there’s an advantage to one of these functions over the other, it’s that by linking a Google Home, if you have one, you never need to push a button to summon the assistant; it’s always listening. If you don’t own a Google Home, you can still get many of the same functions with the Assistant button.

Overall thoughts on Sony X900F
Overall I really enjoyed my time with this TV. I found it clear, sharp, bright and colourful. It was very easy to get set up and simple to use. The slim bezel design keeps most of your focus on the video.
Overall if you’re looking for a new TV, I can definitely recommend the Sony X900F.
The TV varies in price, depending on the size you choose. They’re available from places like Best Buy and Amazon. 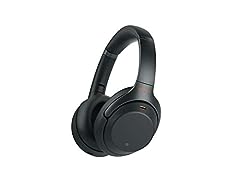 DIGITAL NOISE CANCELING: Industry leading ANC lends a personalized, virtually soundproof experience PHONE CALL: A built-in mic enables you to take hands-free calls. VOICE ASSISTANT: Alexa enabled for voice access to music, information and more. Activ... (as of September 24, 2020 - More infoProduct prices and availability are accurate as of the date/time indicated and are subject to change. Any price and availability information displayed on [relevant Amazon Site(s), as applicable] at the time of purchase will apply to the purchase of this product.) 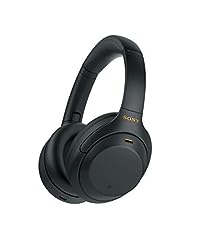 (487)
Industry-leading noise canceling with Dual Noise Sensor technology Next-level music with Edge-AI, co-developed with Sony Music Studios Tokyo Up to 30-hour battery life with quick charging (10 min charge for 5 hours of playback) Touch Sensor controls ... (as of September 24, 2020 - More infoProduct prices and availability are accurate as of the date/time indicated and are subject to change. Any price and availability information displayed on [relevant Amazon Site(s), as applicable] at the time of purchase will apply to the purchase of this product.)

(5362)
Digital noise canceling: Industry leading anc lends a personalized, virtually soundproof experience. Phone call: A built-in mic enables you to take hands-free calls 24bit Audio signal processing delivers dramatically improved sound quality Battery li... (as of September 24, 2020 - More infoProduct prices and availability are accurate as of the date/time indicated and are subject to change. Any price and availability information displayed on [relevant Amazon Site(s), as applicable] at the time of purchase will apply to the purchase of this product.) 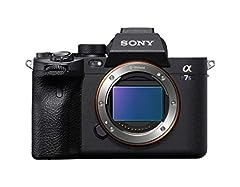 12.1MP1 Exmor R sensor, optimized for 4K, sensitivity and speed New BIONZ XR processing engine delivers 8x more processing power2 Low noise images w/ ISO up to 409,6003 and 15+stop dynamic range4 Up to 4K 120p5 10-bit 4:2:2 and full pixel readout in ... (as of September 24, 2020 - More infoProduct prices and availability are accurate as of the date/time indicated and are subject to change. Any price and availability information displayed on [relevant Amazon Site(s), as applicable] at the time of purchase will apply to the purchase of this product.)

Great review! What picture settings did you used?

Thank you for your review Erin. It’s also great to see someone from Canada making TV reviews! I’m also Canadian, but I live in Europe and I have been interested in this TV since it came out a few months ago, but I’ve been brand loyal to Panasonic for over two decades… I wonder if you’ll be reviewing the Panasonic TX-49FX780 any time soon, as I’m also interested in that TV as well, but it hasn’t come out yet where I live… Have a great week. John

THIS is that kind of review I’ve been looking for! I finally feel like I’ve found a video that explains in very simple terms what 4K and HDR technology is to my parents. My only other tiny suggestion is to get a gimbal for your camera and keep up the great work!

Dear ma’m is it better than sony A1E ?

Hello from Spain, great vídeo! i have a question, we receive 1080i Signal cable tv, this TV upscaling well this type of source? thankyou

Sony or Samsung q6f 2018 model which is better

you should consider hooking up an xbox one x and/or a playstation pro to see if they’re both fully 4k compatible with the tv. 😉

Hi Erin. Love you lots from the UK. You are beautiful lady.

Great review Erin I will be subscribing